The Strait of Canso is served by a series of local and regional highways that connect with the national Trans-Canada Highway (TCH) system.  TCH 104 serves much of northern Nova Scotia and crosses the Canso Causeway, where it continues as TCH 105 to serve Cape Breton Island.  TCH 104 also continues through the province of New Brunswick on TCH 2.  Regional Highways 344 and 4 serves the west and east side of the Strait of Canso port, respectively. 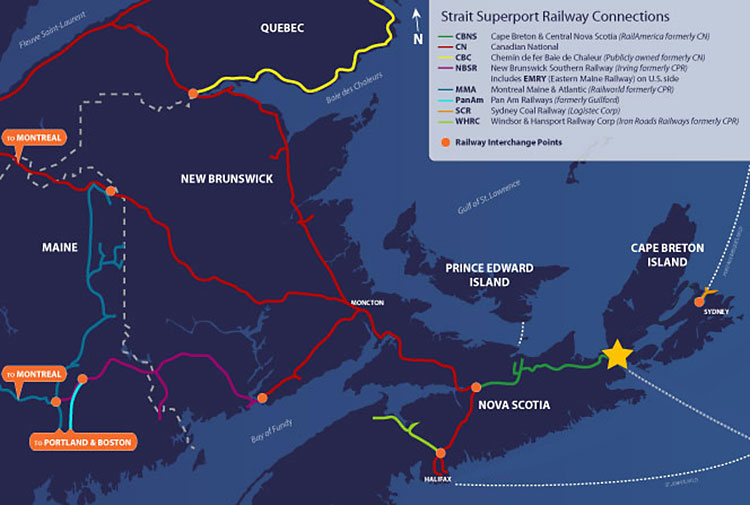